Listen To My Latest Podcast Episode:

How To Have A Bulletproof Financial Plan

Listen To My Latest Podcast Episode:How To Have A Bulletproof Financial Plan

How to build multiple streams of income

What do you do for income if you lose your job or need to take a few months off?

What if you want to retire early? How do you get income then?

In this episode we discuss creating income streams from multiple sources and income you can access anytime.

You can also download our free e-book “The Successful Professionals Guide To Wealth For Life” right from the homepage at https://wealthforlife.net/.

View the transcript to the podcast down below:

Here is the podcast transcript. Please excuse any typos!

Denver Nowicz: 00:21 Good day everyone. This is Denver Nowicz with wealth for life. Thanks for listening to the podcast today. Today we’re going to talk about building multiple streams of income and how important that is. It’s one of the most important things you can do financially for a lot of reasons. Some of the basic ones of course, is if you only have one source of income stream and it’s your job and something happens and you can’t work, now you have a problem. I witnessed my father went through that, he had a pest control business which he owned for 40 some years and when his health had some problems later on and he couldn’t work, boom, the income, kind of dried up because that was only his only source of income. I’m sure you probably went through things like that.

Denver Nowicz: 01:01 You’ve probably had family members maybe or people that have had some illnesses some long-term care issues, we went through that with my wife and her dad was, was ill and was passing away and we had the, at the time our kids were like 12 months old and three years old and we had to take time off to take care of family, take care of the kids, and you got to be able to have multiple streams of income so that you can do that and have the freedom and flexibility, to have your finances taken care of. Another situation, the courses when -, what happens if you get laid off, if the current position and you can’t find an equivalent job in that level of pain. And I’m sure we all know people that that’s happened to before.

Denver Nowicz: 01:43 So obviously it makes sense and so on. There’s a couple things to think about when you’re setting up income streams. We’ll talk about the traditional ones first, which are of course things like your retirement accounts, your 401k is your Iras, your SEP, deferred comp defined benefit plans. All these things are great for income streams, but they’re designed to be income after age 59 and a half. So if you access any of those earlier were -, unless there’s some hardships and some special circumstances. The IRS is gonna charge you a penalty. So those are really designed for retirement income streams and that’s what people think about most of the time when they’re talking about income strings. But you also want to think about what other types of income that you can have if you want to access it before age 50, nine and a half.

Denver Nowicz: 02:26 So let’s say that maybe you are in a certain job right now and you’re really just crushing it. You’re saving up a ton of money and you want to get out of the game at 50 or 55. You need to have a plan so that you have income that can take you through to that period until you get past age 60 when you can access your traditional retirement accounts and there’s a lot of ways to do that. Of course. I think some of the great ways using like we talked about on some of the different on a Webinar, we have a tax protection system.com using session seven, seven zero, two of the irs code where you can build tax free income streams and you can put those income streams to work access those at any. So the tax free income streams are a great way to do that.

Denver Nowicz: 03:03 I think I, -, of course rental real estate is another great way to do that and those are all pretty basic. You should be familiar with those but you want to be adding those into, into your portfolio. And then the other thing I think about, given the time that we are in this economy and where everything is, that there’s never been a better time to be an entrepreneur as well or at least have, -, kind of your own business on the side, have an income stream that you’re building on the side through various types of businesses. It’s never been easier I think to start a business, but one of the skills you need to master that there is learning about marketing and especially digital marketing, online marketing and the things that are changing. I think that’s one of the most valuable skill sets that you can have in this day and age is learning how to market online.

Denver Nowicz: 03:45 Because when -, kind of the basics of that, you can really create, -, an idea whether it’s you’re going to do some consulting, whether you’re going to create a course and have people buy it, -, in an area of your expertise there. Or maybe it’s a product, something that you’re passionate about. So you can certainly build other income streams in that areas, in those areas too. But the important thing is you kind of want this broad base of different types of foundations. So now as we get into that, now let’s go into the traditional income streams when you get into retirement, so let’s say it’s your, you’re in your fifties or you’re in your sixties and you want to start retiring and taking income. One of the things you’ve got to be aware of, which is one of the biggest risks out there for retirement plans is called sequence of returns risk.

Denver Nowicz: 04:24 That’s the risk of what happens if you’re wanting to retire. You have all your money in the market and the market goes into a, a bad cycle and it goes into a bear market for a while and there’s not a lot of growth happening, like 2000 to 2010. Well, if that’s the case, -, you need to have other strategies that are protected from market losses. So when you’re setting up this foundation of income streams, again, you want some strategies that will be called non-correlated not related to what the market’s doing or that have protections in place. So what are some of the examples of non-correlated income streams? While we touched on some of those, you have business income, you have rental real estate, you may maybe have some franchising, -, maybe she’d have some partnerships, -, those are all ways that you can of course create other income streams.

Denver Nowicz: 05:06 And then from the retirement side, well then you’re using things like annuity life insurance strategies, -, products that have principle protection and some guarantees maybe have pension type income in there. All of those things can work well, but you want to have them balanced out. Now what we normally see in allocations that people -, is that you’re maybe 20 to 30 percent in these safer strategies. And the idea here is that when you’re building this foundation of income, let’s say that your core, your core living expenses, you need to have, -, $8,000 a month, -, that’s what you need to have coming in every month. Well then you start building up these other income streams that are non correlated and some of them that are protected to get you close to that $8,000 a month and that would include pensions and social security and annuities, life rental, real estate, business income, all these things that are non correlated so maybe you have know $6,000 built there and then you’re taking your other allocations in doing traditional investments in etfs and and -, tactical allocation strategies and the other nice things you can do in the market and what that allows you to do that as you carve out this safe piece so your bases are covered and then you take your other allocations and you can really swing at the fences and be more aggressive with those and get go for those higher rates of returns because your bases are covered so your bases are covered.

Denver Nowicz: 06:24 It makes it easier to invest and get better at our returns. What a lot of people do is they end up kind of in these mixed muddled portfolios where -, because they’re worried about risk and because -, they, they’re, I’m getting close to retirement, I need to have, -, this balanced approach of everything, but a lot of times the balanced approach is if we’re just talking about an equity allocation means bonds and equities and you ended up with these safer supposedly safe or strategies, but they really don’t get that great of a return. And I hear that complaint a lot from people and I say, Hey, the market was up 15 percent this year. I only got five. Well, it’s hard to time the market. So that’s why if you’ve laid down this safe foundation, here’s your chunk of money, maybe it’s 20 to 40 percent, somewhere in that range that’s filling up your, -, your income every month. And then the other 60 percent or 60 to 80 percent, somewhere in that range is equity based. You can really get the good returns, but you do it with the safe foundation. It’s the old saying, never go to vegas with scared money because it’s easier if you can ride out the waves and watch what the market’s doing when – your bases are covered when you have a safe foundation. So that’s our tip for today. Do you want to learn more about setting up income streams,

Denver Nowicz: 07:30 tax free income streams you can access before age 59.5, that building these traditional types of retirement plans, you can go to wealthforlife.net and download the Successful Professionals Guide To Wealth For Life. It’s an ebook with all of these different strategies in there, and you can get that for free just by going to the website wealthforlife.net. This has been Denver Nowicz. Thanks again for listening to the podcast. Talk to you next time. 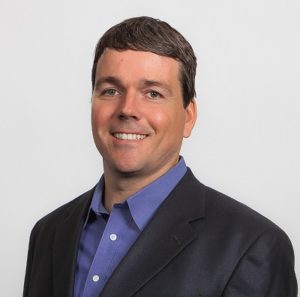 ✓ Fiduciary: Your best interest above all
✓ Independent: Not beholden to any strategy or idea
✓ 18 year Adviser: President of Wealth For Life